Have you thought about planning for your future? Perhaps you are considering a will or a trust. However, a New York power of attorney is an estate planning tool you should have among your possibilities. In this article, we tell you everything you need to know about a power of attorney. From its functions and requirements to possible uses, read on!

At Ortiz & Ortiz we are lawyers for inheritance disputes and New York asset protection attorneys who have been serving the community for over 30 years. If you are looking for advice on planning for the future of your property and assets in the event that you are unable to do so, contact us and let us know your case.

As we said in the beginning, planning for the future is not just about wills and trusts. Proper estate planning can solve many problems in the future. And, for this, it is ideal to have a power of attorney and an agent who can, eventually, execute it. But don’t worry, as we will explain in detail what to do and how.

If you are reading this, it is because you can still take care of yourself and your affairs. But this may not always be the case and may change from one day to the next. An accident, illness or simply old age can render you unable to manage your accounts, property and other assets. In that sense, it becomes crucial to choose a person who in the face of authority can act in your place. And this can be done through a power of attorney.

What is a New York power of attorney?

Power of attorney is outlined in the New York General Obligations Law, specifically in Article 5 of Title 15.

Characteristics of the New York Power of Attorney

Types of powers of attorney

What is a durable power of attorney and what is its importance?

Considering the above, the New York durable power of attorney may be the solution if you are looking to secure your estate plan through a will or trust. In that vein, it is important to have a mechanism in place to protect your assets and also ensure that your business, financial and personal affairs are in good hands. Basically, the durable power of attorney allows the person you designate to act on your behalf in front of the authority and in any procedure that needs to be done.

Note: If you are interested in going deeper into wills and trusts, read the difference between wills and trusts. Also, analyze what letters are testamentary. And if you are thinking about leaving a power of attorney because you have debts and do not want their relatives and third parties to inherit them, read our article on if someone dies, who pays their debts.

How is a New York power of attorney made?

When does the power of attorney end?

What is an agent when we talk about power of attorney?

As we said a few lines before, the agent is the person who will appoint the principal. The agent will make medical or other decisions, as well as carry out specific procedures or actions that will be stipulated in the power of attorney.

Qualifications to be an agent

Also read the difference between the executor and administrator of the estate.

When can the agent begin to act?

The date or time when the agent’s powers will begin will depend on the power of attorney chosen. In general, when they are for specific actions or procedures, the effective date is specified in the contract itself. However, there are powers of attorney that can become effective immediately when there is an incapacity of the principal. In any case, in order to prove that there is an incapacity there must be a document from the principal’s attending physician stating what the situation is.

What can’t the agent do with the power of attorney?

What to do if the agent is not acting in the interests of the principal?

What is breach of fiduciary duty?

It generally occurs when the principal’s funds are used for the agent’s benefit, when conflicts of interest are not disclosed, commingling of money, among others.

How do you ensure that the agent is looking out for the principal’s interests?

No doubt you are not the first to ask yourself this question. Trusting someone else with your finances, medical decisions and other matters can be difficult and give you some insecurity. As we said earlier, it is advisable that your agent be someone the principal trusts blindly, someone to whom he or she would pass a blank check.

If these insecurities arise along the way, a third party can be appointed to act as a supervisor. This is thanks to changes made to the law in 2009 that allow the supervisor to monitor the agent’s actions. Under the law, the supervisor will have the legal right to access the agent’s records and review them on behalf of the principal. Thus, through the supervisor, the principal will be able to ensure that the agent is acting under the interests vested in them.

Under this logic, the principal can:

Is the agent liable for the principal’s debts?

This is one of the most frequently asked questions by those being appointed as agent. While being appointed agent for a family member or friend may be a privilege, many fear it will become a headache. Don’t worry, it won’t. And here’s why.

Note: If you are thinking about leaving a New York power of attorney we recommend that you check to see if you have debts in the United States. And if so, look at some options such as consolidating the debt or filing for bankruptcy. Remember that there are 6 types of bankruptcy and the process for filing bankruptcy in New York is more viable if you contact our New York bankruptcy lawyers and debt collection attorneys for advice.

Is a power of attorney the same as a guardianship?

Similarities of power of attorney and guardianship:

Does guardianship override power of attorney?

Why hire our New York power of attorney experts?

As the saying goes, it is better to be safe than sorry. A properly drafted and executed power of attorney can be the solution to many current and future problems. First of all, it can give you peace of mind as to what will happen to your property and assets if something happens to you or you become incapacitated. And it can not only help you with financial matters, but also with other decisions such as medical or property management.

Contact our estate planning attorneys today and let them know about your case.

Our attorneys can help you with:

Please contact us as soon as possible by mail or phone, we look forward to hearing from you!

Living will vs living trust 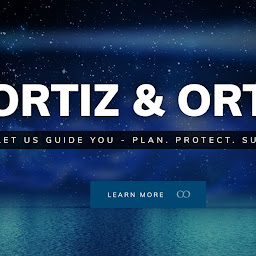